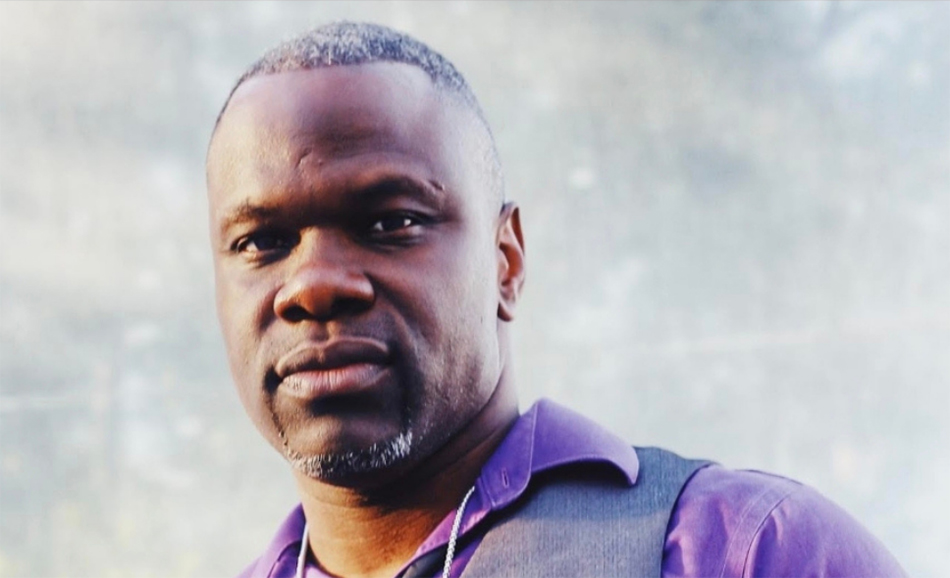 I would like to tell you the story of a man named Ian Manuel.  I “met” Ian through Seane Corn.  And before any of you think that I truly know either one of them, I do not.  I only know of Seane Corn through one of her family friends, and because of how strongly this woman loved Seane, I started following her as she rose to yoga superstar status.  Now if you know anything about Seane Corn, you know that she does not just use her platform to promote herself.  She has been involved for years in social justice, founding (with Hala Khouri and Suzanne Sterling) the Off the Mat and Into the World organization.  So I saw a picture of Seane with Ian Manuel on her IG feed.  Because they were in Montgomery, AL, working together on a training, I got curious about who Ian was, and what was his story.  It is one that I feel connected to, not because it mirrors my life at all, but because to me it shows the philosophy of yoga in action.  It is a story of the circumstances of our lives leading us one way, and the ways in which our world views get shaped by what we know, who we are surrounded with.  It is also the story of finding our way beyond those conditioned layers to who we are at center.  It is about recognizing our commonality.  It is about finding the work that is ours to do and doing it because we know it is what we are here to do.  And it is about being who we are and doing what we need to do without worry about what anyone else will think or what will happen as a result.  In yoga philosophy, this is Tapas, Svadhyaya, Isvara-pranidhana.

There are a number of places where you can read about Ian, so I will only give you a short recap here.

At age 13, Ian was imprisoned and put into solitary confinement for 18 years for a crime he committed.  Imagine being in a small, concrete box for 18 years, from the time you were a young teen.  What would you do?  Ian did at times cut himself, tried to commit suicide more than once.  He also wrote to and eventually called the woman who he had shot, and apologized.  They began to correspond, and this woman over time forgave Ian.  She actually advocated for his sentence to be lessened, and helped Bryan Stevenson and the folks at the Equal Justice Initiative to gain his release, although this took a long time.

Ian wrote many poems, a way of bringing out all that was inside of him, things he had no one to tell in that prison.  When I contacted Ian to see if he was okay with me writing about him, I asked if I could share some of his poetry.  He graciously sent me this poem that he wrote while he was in solitary confinement:

Genie in a bottle

I’m the Genie in a bottle

the world has forgot

They put me in this abyss

And, closed up the top.

I was a little boy

when they did what they did,

But time continued to tick,

And, I’m no longer a kid

My mother is dead,

So is my father

I’ve been abandoned by family

while trapped in this bottle.

But I hold on to hope

That someone will open the top

Answer my prayers, and help me out.

Sometimes people pick- up the bottle

put their eye to the hole.

But instead of compassion,

a loss sense of direction.

There’s no mirror in this bottle

For me to see my reflection.

They say being lonely and alone

But it’s only me

so I fit both descriptions.

What I need is a friend.

Someone to extend a hand.

it can be as simple

as picking up a pen

Accepts me for who I am.

And my baggage from the past.

Someone who helps heal the sorrow.

Will work on building our tomorrow.

Someone who refuses to leave me to die in this bottle!

Ian, without support, found himself, in that center place where our mind and heart meet.  Even through the time of life when we are all lost and confused in some way, he found this voice through his poetry.  I am in pain.  I am suffering.  And he reached out.  And his victim went beyond being a victim and saw the soul.  That there was way more to Ian than the bad circumstances that led him to shoot her in the jaw that night.  And Bryan Stevenson saw that Ian, and other young children like him had been given punishment that was way beyond what should happen to a child.  He saw the soul.  Ian did the work to get to know himself beyond the stereotypes of a young black man, this woman and the folks at EJI did the work to change the system and get him released from his prison.  Tapas, Svadhyaya, Isvara-pranidhana.

What I most appreciate about what Ian, Bryan Stevenson, and others who are activists for social justice are doing, is that they are identifying ways in which our broken justice systems need to be fixed, but they are also looking to bring us all into the healing that needs to occur as part of that.  Healing is what is needed now more than ever.  At this time, it feels as though across the world we are becoming more and more divided rather than united.  I see and hear way too much “us versus them” type of language.  When people in powerful positions use their platform to spread more hate and fear, “othering” anyone, whether it be immigrants, women, LBGTQ folks, environmentalists, people with different colored skin, whoever “they” are, there is an uprise of violence, hate, separation.  We all end up in the prison of our bias’ and beliefs.  I think its high time to be part of turning our world back towards seeing the human in us all, and showing up for each other.  Lets work to bring an equal chance at justice, voice, opportunity, and connection for everybody.  This is how we live our yoga.

Ian now works with Seane Corn and others to promote activism for social justice.  To help us all learn about the prisons we are in, the boxes in which we lock ourselves when we can only see the world in terms of right and wrong.  So on this Martin Luther King day, instead of taking the day off, perhaps we can find a way in which we can make a connection with someone, help heal some sorrow, work on building our tomorrow, as Ian said.

Join me, won’t you, in bringing your practice to life?  Martin Luther King Jr. Told us about his dream back in 1963.  Let’s see if we can actually make it more reality in 2020. 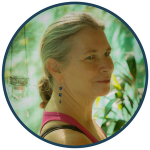 You can follow Ian Manuel on IG at:  the_diamond_in_the_dirt

Here is a great video that recaps Ian’s story.

Just Mercy, Bryan Stevenson’s book has been made into an amazing movie.  Please go see it, or read the book.  Ian’s story is told in the book.

This is the Ted Talk Bryan Stevenson did some years ago, and he was given one of the longest standing ovations of any Ted Talk.  If you hadn’t heard about Bryan Stevenson before reading this, please watch this.  It will help you understand a lot more about why racism still persists to the extent that it does in the United States.